Nintendo had a pretty good press conference this year. While it was short at no more than 75 minutes, it provided us with quite a bit of info about WiiU (which may as well have been called Wii 2). Nintendo was hyping up this press conference for a while, and it was about everything I expected it to be. The 3DS started off kind of slow this year, but I have been more convinced to pick one up now. One of my favorite series ever is Star Fox. At first, I thought that I really have no need to play Star Fox 64 again in 3D. I had already beat the crap out of the game on the N64 and also my Wii’s Virtual Console. But, the multiplayer looks fantastic. I’m glad to see they didn’t just port it. Looks like that will be worth buying. Even Kid Icarus looked pretty cool, and it’s hard for the makers of the Smash Bros. series to mess anything up, so it should be good.

There were still some missing things at this press conference. We heard nothing about Retro Studios. They are probably busy making a new franchise for the WiiU. Hey, maybe the Metroid Prime Trilogy would work well with the new controller? Also, for as much as Nintendo is bringing to the 3DS, including a new Luigi’s Mansion game, I am surprised that nothing Pikmin-related was announced. Well, I guess I should not have expected to hear from them so much, considering that North America is the only region in the world that doesn’t have Pikmin 2 for the Wii. (Seriously, come on now, Nintendo…) Also missing was any more Wii titles. So much of the conference was about 3DS and WiiU. That’s cool, but what about current Wii owners? I guess we’ll have to make do with Skyward Sword for now.

The announcement of Mario Party 9 gives me some hope, but it really looks like Nintendo is setting aside the Wii already as a dead console. Of course, I knew this the moment the lowered the Wii to $149, which is an incredible price. Fortunately, we’ll be able to play with our current Wii accessories with the new Wii console. I hope I can actually get some use out of those 3rd and 4th Wii Motion Pluses I bought for my 3rd and 4th Wii Remote. If Nintendo is smart, they will make WiiU only compatible with Wii Motion Plus (and Wii Remote Plus), for consistency’s sake. Of course, the main draw will be the controller. 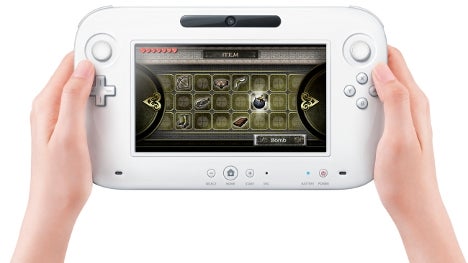 The concept that Nintendo is taking with this controller seems like it could go down the road of Wii, with being more simplistic gameplay. I got more nervous than excited when they said entire games could be on the screen. Really? What about game running in HD? I’d like to play them on my big HDTV. This is all to say that is a game can be transferred to a 6-inch screen, is it really all that compelling graphically? Well, it seems that publishers will be using the screen more for how it looks above. The screen can be used as a screen for holding weapons. This is better than having to pause the game and cycle through a screen that takes up the TV screen. The best use I can think of would have to be possibly for a radar for a game, although I would have to think it to be less intuitive to look down than just look in the upper right corner of my screen. It’ll be up to developers to think of creative uses.

Details are left for speculation. The console will be at least $250 at launch, I would think. In fact, I really wouldn’t be surprised to see it at $300 for launch. People said the days of a $200 launch price for consoles is over. Maybe even $250 is too little for a system that comes with a peripheral that looks like it could almost be its own iPad for gaming that would cost $300. Speaking of which, I can’t see additional controllers costing less than $60. Of course, as demonstrated with some of the tech demos, many games could be played where only one player would need the new WiiU controller, and other players can use standard Wii Remotes.

So, how do I feel about all of this? The WiiU feels like a Wii HD. That might sound harsh considering they have a heck of a new controller. However, I just don’t foresee Sony or Microsoft announcing another console soon. Well, obviously they didn’t. Could they have something for 2013? Seems too early to tell. Of course, if you think of the alternative, a 2014 date for those guys’ new consoles almost seems too late, so we’ll see. But here’s the thing-the WiiU is basically the Wii with a new controller and HD graphics. With HD, Nintendo can finally catch up to the other guys. The other guys have been doing HD, hardcore games for over 5 years. There’s a lot of catching up to do with Nintendo.

Nintendo would have it differently. They would say they are innovating and the other guys are trying to catch up to them. That is also true. It’s obvious that Sony and Microsoft have copied the ways of the Wii with their motion controls, even though Wii itself wasn’t the best console of this/last generation (I think Xbox 360 is). So it’s true that Sony and Microsoft are doing what Nintendo had already done, and had done pretty well (e.g. Wii Sports vs. Kinect Sports). It’s like they had to admit to themselves, “Yeah, this stupid motion stuff is somehow and actually what consumers want”. But here’s the thing-Kinect and Move feel like side projects for Microsoft and Sony because they know how to appeal to hardcore gamers very well. Nintendo has to learn from them about how to get into that market.

That is going to start with a better online presence, which was also sorely missing this year. Nintendo needs something akin to Xbox Live, even if they don’t want to go the route of paid membership. Nintendo does a fine enough job with its potable consoles. Heck, DS sold quite well, and has a decent enough amount of people who play their online offerings. 3DS is looking to expand on that, and Star Fox 64 is a good example of that. Nintendo is taking the right steps by having HD. They can finally allow publishers to really make games on the WiiU (did we see Battlefield 3? That’s pretty good stuff). Of course, there’s also the argument that Nintendo may have it, but so does the other guys. Well, that’s true. That’s the thing, though-at least Nintendo has it. At least Nintendo can say they have these games.

That’s essentially what Sony and Microsoft said when they invested in their motion control software and corresponding peripherals. Microsoft can say they have a motion-controller sports games, because Nintendo says they have it. Nintendo is simply catching up in the hardcore arena. Where Nintendo has succeeded and will continue to succeed is in providing good motion-controlled games. I never thought that would be something to be respected for. But after Sony and Microsoft followed Nintendo, it became clear that, like it or not, motion controls are becoming the way of the future for gaming. Let’s just hope 3D doesn’t become a thing for consoles…

I am upset as a Wii owner for not getting more new stuff. Where was Pikmin or Star Fox for all these years? In fact, why aren’t we getting it for the WiiU (and we better)? The Wii had a good first few years, with Metroid Prime 3 (and then Trilogy), Super Mario Galaxy (and then the sequel), but it’s clear there isn’t much steam left. Sure, Mario Party 9 and Zelda: Skyward Sword are nice, but what about after that? I think Nintendo is saying, “Move over Wii. WiiU is coming.”

My name is Josh Morgan, and you can find out all about me on the About Page. I was trying to write everything here, but then I realized I have an entire page for that, so go there!

My 'Other Site' Profiles